A book review of China Bound: John Swire & Sons and Its World

Swire began as a modest import-export company in Liverpool. John Swire, son of the founder, took advantage of the presence of the British Empire overseas and expanded Swire abroad. They expanded into shipping and dockyard, opening up a new company called China Navigation Company that went along the Yangtze River.

After World War II, Swire identified two opportunities adjacent to its core shipping business: aviation and property development. In modern Silicon Valley parlance, shipping is at the bottom of the 'transportation' stack; dockyard is at the bottom of the 'storage' stack.  Swire decided to go 'full-stack'. In transportation, it set up the airline Cathay Pacific. In property, it bought the land adjacent to Taikoo Dockyard and turned it into residential property development, Taikoo Shing.

By investing in an airline and properties, Swire has indexed the Hong Kong economy. First, after the People's Republic of China was established in 1949, Hong Kong's edge has changed. Its position as an entrepot between the West and China becomes more important. After the Reform and Opening Up Era, the dominant sector in Hong Kong shifted from manufacturing to professional services.  The median income of a Hong Konger increases. Then the demand for housing increases. Higher disposable income also increases the propensity to travel. Furthermore, Cathay is also a directional bet: that trade links between the West and China (via Hong Kong) would only grow stronger.

While it seems like Swire has always been ahead of the game, recent troubles in Hong Kong suggest otherwise. Is Cathay Pacific still a good asset for Swire to hold? Cathay has suffered from financial and operational issues since the 2010s: it had taken a massive blow from fuel hedging; headcount cuts and heavy corporate restructuring with government bailout due to severe cash burn during COVID. Remove man-made factors from our prediction. From first principles, do the underlying factors i.e. state of the economy, consumer preference, competition still render Cathay a good investment? If the decoupling between the West and China continues, in addition to corporate nationalism in the mainland, then Cathay will be squeezed out of the market. A second-order implication of that is the change of the composition of demand for property in Hong Kong. What does that fare to Taikoo Shing? As more local Hong Kongers emigrate out of Hong Kong, and young Hong Kongers prefer to rent rather than buy property, how will that impact Swire's property portfolio?

Bickers, author of the book, said that China Bound: John Swire & Sons and Its World is an officially sanctioned history of the firm. With open access to Swire's extensive archives, Bickers did uncover several interesting facts. I study at the University of Oxford. And I have always been impressed with the number of scholarships Swire provides for Chinese students. Although Jardine Matheson also provides several scholarships at Oxford so competition might be at play here, Bickers explained the motivation behind Swire's effort to tap into the Oxford talent pool. Swire had long realized that its employees were largely technically competent but poorly managerial. He decided to sponsor University College, Oxford so that he could recruit Oxford graduates.

Swire is a company of involuntary contradictions. It branded itself and intended to stay commercial. Nonetheless, it got tangled in the wave of politics in China from the end of the Qing dynasty, the Republic of China, the Chinese Civil War, and ultimately the takeover of China by the Chinese Communist Party. The nature of its business precludes it from remaining in mere business. Shipping along the Yangtze River was only possible thanks to the British gunboat policy that forcefully opened up inner China with unequal treaties with the Qing Dynasty. The penetration of Swire into the daily lives of Hong Kongers was only possible thanks to its close relationship with the Colonial Government in Hong Kong.

The story of Swire, among other Hongs like Jardine Matheson, is a testament to adventurism at the height of the British Empire. Countless Scottish adventurers ventured out to the Far East, where most British elites considered barbaric and simply shithole. Decades later, these adventurers built on generational wealth that rivals the elites' who despised them initially.

I was an aspiring Chinese diplomat who learned Arabic for a few years just so I could work in the Middle East. For ideological and practical reasons, I have now switched to becoming a tech founder.

The diplomatic aspiration came from the Belt and Road Initiative (BRI) in 2016. What I saw in BRI was a parallel with the British Empire's policy to support trade in the Orient. The Dutch East India Company got incomparably huge because:

One of the lessons I learned from history is that nothing could go terribly wrong if you do business with the help of national policy.

Ask the military-industrial complex about the War on Terror!

We would learn so much more once we compare these British hongs with the Chinese taipans. What were the dynamics between Swire & Jardine and Robert Kuok, Y K Bao, and Li Ka Shing?

What were Swire and Jardine thinking when Li Ka Shing scooped up CK Hutchison with the help of the British bank, HSBC?

Swire is exceptional. It recognizes its historically privileged position as early as its expansion into China. The founders dedicated their effort to archive materials and construct narratives around Swire's activity. I do not think there are any other firms that cared about history as early as Swire.

China Bound: John Swire & Sons and Its World would benefit a lot from why happened, beyond what happened. What was the decision-making process like? Was there a dynamic of the empire-merchant complex when it comes to Chinese and Hong Kong affairs? That, perhaps, does not fall under the burden of historians. There is an opportunity for strategists and great founders to study Swire. It is a playbook for companies that operate in emerging markets backed by hegemonic power.

Sounds familiar? If anyone writes about this, it would be a great sale inside Huawei's Emerging Markets Strategy division. 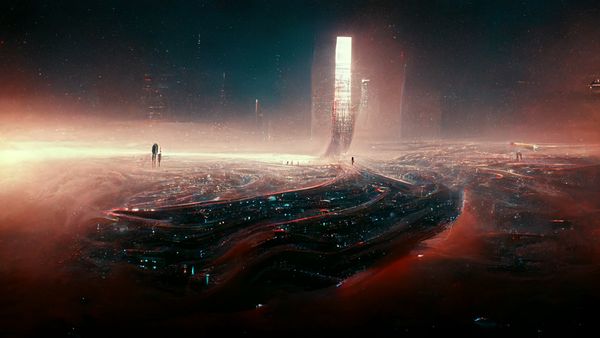